This has everything, folks

EVEN as this is typed stationwagons loaded with ABC and Fairfax journalists must be speeding to Adelaide to interview the Indigenous woman "touched inappropriately" by Tony Abbott.

It's all here in some species of pdf or somesuch, and very annoyingly it jumps around the screen as you try to read it.  But read it you should, just to get a glimpse of what the next three months will bring. Notice that this slime-fest is being promoted by NSW Labor MP Linda Burney.

Will anyone believe Ali Cobby Eckerman (below)? And if they do, will they take the alleged touch of fingertip to forearm as a form of assault? 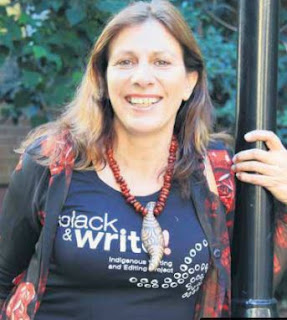 Probably the same people who see a proud, defiant Aboriginal woman in that picture.

Email ThisBlogThis!Share to TwitterShare to FacebookShare to Pinterest
Labels: clear a space in the dock beside stephen milne, Litijus Mordies on the warpath