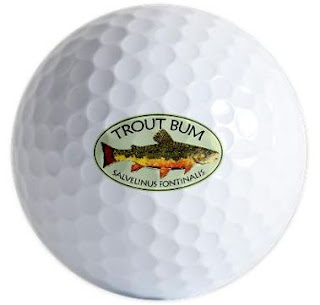 Apparently there was an election in the United States last week and it didn't end well. Few things do, and sabbaticals never. But now, alas, the rod is stowed, the balls stashed and the merest glance at the backlog of reading by the front door suggests silliness has not abated in the least over the past week.

Why, what's this! In today's very own paper an unintended revelation, very much of the sort that once kept Kremlin watchers pasted to the pages of Pravda, where sometimes small truths could be divined amongst the official lines. We can thank Katharine Murphy, Phillip Coorey and the Fairfax press gallery's stenographic gifts for today's accidental insight into the way things really work with this government and its courtiers.

For reasons that almost certainly owe nothing to happenstance, both quality journalists chose the same day to wonder if Obama's triumph would prove a shot in the arm for our very own, pioneering, world-class GCT (Gillard's Carbon Tax or, as strong women prefer it, Girls Can Tax). Andrew Bolt has dismissed Murphy's essay on its facts, or lack thereof, but one is still left wondering where she found her addled inspiration.

Coorey's effort sheds at least a little light on this mystery, and possibly quite a lot. His prime topic is that things look grim for Tony Abbott because, after winning the next election, he will then have to win another after that. Toward the end of that profound insight he veers briefly off topic and into Murphy's territory, where he has this to say:


Obama, like other second-term presidents, is now free from having to run for re-election and will seek to leave a legacy. This could include reigniting the push to put a price on carbon. More so as it would raise huge amounts of revenue and could be sold as a deficit-reducing measure.


There's speculation carbon pricing is back on the agenda in the US, either as a revenue raising measure (and God knows they need revenue), or as an Obamacare ''vision thing'' equivalent to rally the progressive base.

A coincidence, you might have assumed on any other day, great minds thinking alike and so forth. But Coorey goes on to suggest the source of both quality journalists' speculations, quoting "...a former Democrat adviser now living and working in Canberra, like other second-term presidents....."

Well who do you think that could be? A good bet, a very good bet, would Bruce Wolpe, former Fairfax publicist and, after that, a flack for Californian Democrat Henry Waxman. (Those who enjoy going through other people's desk drawers can find a statement of his personal US earnings here and record of known days worked).

One of those old school Kreminologists would make the connections in a moment. Returned to Australia and appointed in January as Gillard's ambassador to business, Wolpe has instructed the representatives of his party's official media mouthpiece what the commissars would like to see in the next day's opinion pages. Solid comrades both, each has obliged.

Let us hope that one day soon Wolpe's sense of mischief gets the better of him and, just for the fun of it, he orders up a bit of extra special publicity. An explanation in stereo of why surging tractor production is bad for Abbott would be well worth putting in the scrapbook.