Chuck Her Off The E.J. Whitten Bridge 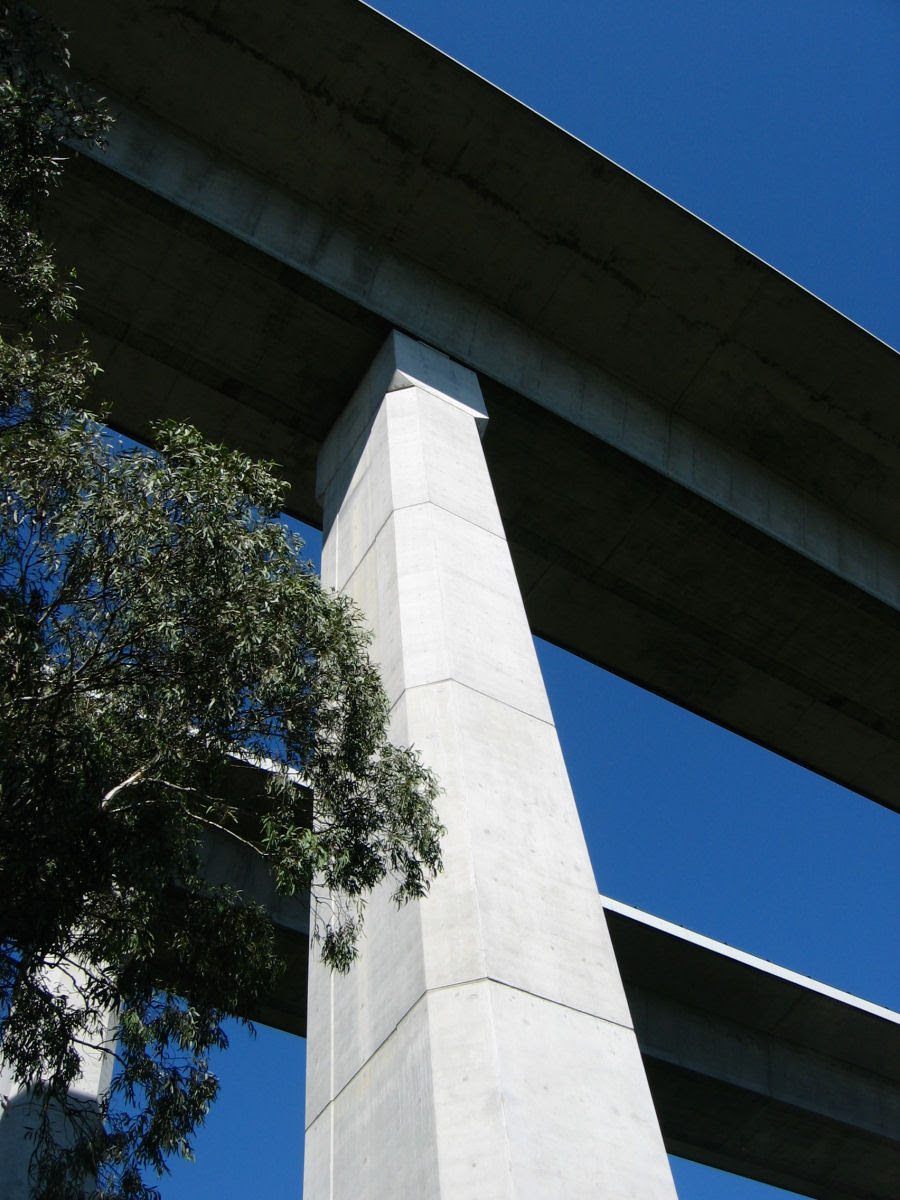 IT HAS been a shocker of a year for followers of Australian Rules Football teams St Kilda and the Western Bulldogs. Each began the season at relatively short odds for this year’s flag, and this seemed entirely reasonable at the time. St. Kilda’s heart was broken, and then its back, by the draw and subsequent defeat in 2010’s two Grand Finals, the last of which Collingwood won at a romp, so the thinking in the Outer was that the Saints would be fired up for revenge. That has not happened. One third of the way through the season, St Kilda has only just managed its first victory, and that by a meagre few goals over a Melbourne squad so ugly even Father Damian of the Lepers would have given them a wide berth.
Footy is the staple of every Melbourne winter and a large part of this city’s idiosyncratic charm, so the Saints’ fall from grace is a frequent topic of conversation. Everyone agrees the game has caught up with the style of play that made St Kilda a contender, and that is the reason one hears in barber chairs and pubs or on the stroll from green to tee for this season’s spectacular collapse.
But there is also that other reason, the one that gets mentioned but not for the most part dwelt upon, and certainly not by Saints supporters: The St Kilda Schoolgirl. If that little minx and her nude pictures, lies, truths, half truths and calculated disruption of the AFL’s publicity machine are unfamiliar there is no point in explaining them. Anyone ignorant of the Schoolgirl’s story will have no interest in the world’s greatest sport and is unlikely to have come so far into this post, so why bother recounting her devilment? If you do not know about it by this stage you do not want to know about it.
None of that can have done the Saints any good, and apparently it hasn’t. It cannot be easy, for example, to be a captain who must run the gauntlet every week of opposition supporters wondering about the state and volume of your pubic hair. Until this year the footy term “waxing” meant nothing more than two players running down the clock by kicking the ball repeatedly between themselves. Thanks to the Schoolgirl’s snapshots the sum of human knowledge has been expanded, if only by a stubby inch or two.
That settles the Saints, but how to explain the Bulldogs, who finished third, third and fourth over the past three years? Always the bridesmaids, this also was reckoned by many to be the year of the Dog, especially on the side of the Maribyrnong where the sun goes down. Hot new recruits, a seasoned leadership cadre, a coach with much to prove – it was enough to see the team open the season at 8-1 for the flag. Then the Doggies took the field in the first round against Essendon, only to be whipped and roundly humiliated.  A further thrashing was administered on Sunday, when the Eagles inflicted one of the most comprehensive defeats seen on the playing field in living memory.
Some men, honourable men, would have requested a minute alone in the coaching box with a revolver, but coach Rodney Eade is not made of such stuff, seemingly determined to stick with the charade of competence until he is sacked. But will that be enough? If St Kilda’s experience is any guide – and it most certainly is --  Footscray has more housecleaning to do. Like St Kilda, Whitten Oval is beset by a troublesome woman. Unlike St Kilda she happens to be the Number One ticketholder.
Yes, sports fans, it is Julia Gillard of whom we speak. When it has suited her, the Dogs have been her bitch. Recall the response to questions about her ambitions to oust Kevin Rudd. Not a bit of it, she swore, adding that she would be more likely to replace Barry Hall at full forward than slime and stab her way into the Lodge. It was a lie, one more entry in our PM’s  ledger of falsehoods and deceptions, and she has returned repeatedly to the red-white-and-blue well whenever it has been expedient to promote the fiction of her working-class, western suburbs authenticity.
Some horny handed daughter of toil she! Never held a job other than that of publicity-chasing lawyer with a bought and paid for Labor law firm. Never met a taxpayer she has not sought to make poorer with her carbon tax. Never stood in the checkout line at Coles in Pier Street, Altona, where her constituents are reminded by their weekly grocery bills that Canberra’s official figures bear not the slightest relevance to the real cost of preparing dinner. Has this champion of the industrial West ever pumped her own petrol or saved the discount coupons to make that costly experience less painful? Somewhere between Wales and Werribee she acquired the nasal infection that is her idea of what her adopted countrymen sound like. Apart from disporting herself in a Footscary scarf when cameras are about, that is the sum total of her ties to the working world.
St Kilda has its schoolgirl and the Bulldogs have their Gillard. Both liars, each prepared to use the team they claim to support for their own ends. Yes, Rodney Eade must go, but the case for cancelling the PM’s club membership is perhaps even stronger. Every time she drags her layabout beau to the President’s box she is a reminder that the fish rots from the head down, that a team prepared to make itself a tool in a liar’s self-promotion will never deserve the full four points, let alone a flag.
Get rid of her, Footscray. And then hand Eade that revolver.
Posted by Bunyip at 10:17 AM