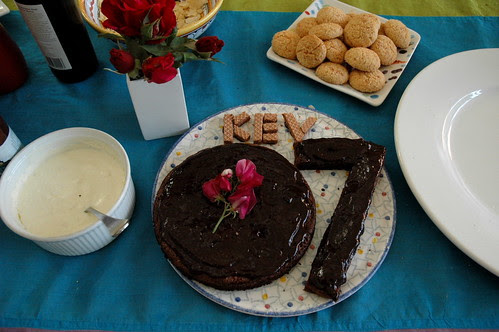 IN The Australian, Gavin Atkins writes of the Drum and its editor’s peculiar idea of balance. The article lacks an illustration, which is a pity because this picture of the spread Jonathan Green put on to celebrate Kevin Rudd’s 2007 election would have been perfect.
(Hat tip to Sophie Cunningham, who long ago flushed her Flickr snapshot of Green whacking a John Howard piñata at the happy gathering, but allowed the ABC editor’s celebratory chocolate cake to remain. Thanks, too, to Sophie’s life partner, Virginia Murdoch, for preserving the Howard pinata’s image in her own Flickr stream.)

UPDATE: Jonathan Green, what a class act! Not only a superb (and modest) pinata-whacker, the Drum editor puts Gavin Atkins in his place:


GreenJ Jonathan Green
@GavAtkins you're so right! commissioning you is scraping the bottom of the barrel!
3 hours ago

Funnier than a dead baby's doll.