It should be obvious by now that Australia’s First XI must take the first step toward redemption by sacking Michael Clarke and appointing Kevin Rudd as captain. While he might not be able to match the current leader’s batting average, it speaks in his favour that he has never been romantically involved with Lara Bingle – proof that he is at least somewhat more intelligent than the younger man, who cannot be given out without squandering yet another pointless appeal to the Third Umpire. If Rudd were to don the baggy green, Fairfax and the ABC could then report his every rash and ill-considered stroke as examples of genius. We might (no doubt will) still lose the next Test, but Australians would never have to endure the ignominy of hearing reports that our best had been bettered yet again by a bunch of pasty, hollow-chested Poms raised on diets of warm beer, baked beans and boarding school sodomy.

New captain installed, the next remedial effort must concern Watson, whose propensity for surrendering his wicket to LBWs suggests a solution first tried in baseball. 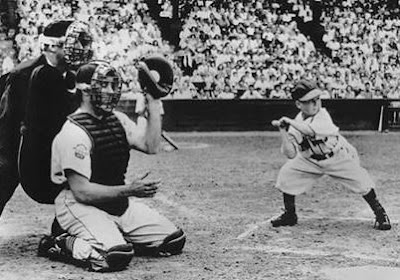 Indeed, two potential saviours of Australian cricket have their green-and-gold bags packed and are ready to go. 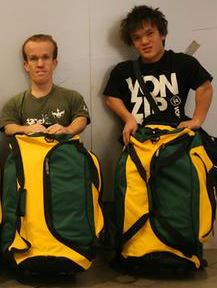 As with the Rudd cabinet, expect the ABC to announce their inclusion as a further example of the new captain's winning gift for the bold stroke.

Email ThisBlogThis!Share to TwitterShare to FacebookShare to Pinterest
Labels: and if it doesn't work PNG can have 'em, Captain Kevin, low-down Rudd