Did the Blackbirders Get the Wrong Address?

IN Anne "Sane! Factual! Relevant!" Summers' new and groundbreaking magazine -- published in state-of-the-art .pdf, no less -- the celebrated editrix fulfills her promise to present a new kind of journalism by exposing the anguish of the Stolen Generation, a theme no writer or magazine has  taken up before, not ever. One of those case studies -- "they'd go to church on Sunday and rape you on Monday" -- is such a shocker that editrix Summers must have been so upset and distracted she  overlooked an even bigger and far more interesting story. Or perhaps Young Chip was under the sink and playing with the saucepans again.

Either way, quoted victim of racism Debra Hocking was taken from her loving parents in 1961 and placed in state care for the crime of being black. Well, here she is today: 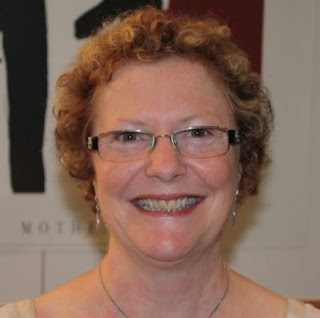 When Summers gains the extra funding she hints to the ABC could soon be on its way, she will have had time to calm down and realise her publication needs to include a section on the medical phenomena of racial transmogrification, which appears to have become an epidemic.

Actually, there is a distinct possibility Summers overlooked another potential story. Could it be that welfare bureaucrats messed up, went to an incorrect address, snatched the wrong child and thus sentenced their prize to a life of tormented and unwarranted otherness? Don't scoff, it has happened to others:


UPDATE: Shame, Australia, shame! The poor woman's life and career have been stymied at every turn by exclusionary racism and opportunities denied.

AND MORE THRILLING NEWS: In that ABC interview, Ms Summers announces that ASSFR will be moving to a horizontal format when the money to pay for daring innovations begins to roll in. This could be huge. With Monica Attard now resting between engagements, the chance to recruit the world's leading exponent of sideways editing should not be passed up.

So listen to that ABC link once again, but this time pay particular attention to the oft' mentioned details of where ASSFR's supporters can send their money. The ABC is very helpful in this regard and provides at least three opportunities for listeners to take down the address. With Nurse Margo stirring but unlikely to make a full return, ASSFR could fill Web Diary's niche. We can all use a dependable laugh.

Email ThisBlogThis!Share to TwitterShare to FacebookShare to Pinterest
Labels: Debra Hocking, just wait until those grants roll in, Steve Martin, The Jerk