"Be consumed" (and washed down with a nice red?)

With Tim Blair still chucking down vin rouge ordinaires and pitching his beret at a jaunty angle someone has to keep an eye on South Australia. Fortunately the state's tourism authority has put together a strange little ad which makes that rather easy, as it is replete with reminders of the locals' peculiar little ways. Blogger won't allow the video to be embedded, but you can go here and marvel at the things South Australians value and which they hope will persuade potential visitors to share thei odd delights.

There are bugs, lots of them, dead rabbits and a man with a gun in Wolf Creek mode. A chicken is sensously plucked. There are cuts of mystery meat hanging on hooks, which must have been easier to photograph than barrelled bodies in an abandoned bank.

The highlight comes at about the 1.18 mark in the clip, where a young woman in a white dress and holed stockings writhes for not apparent reason in the dirt. 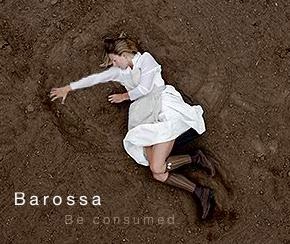 Is she dying? Has she been ravaged? Is she feeling about for Sarah Hanson-Young's brain?


Nobody but the director can answer those questions. But with an election coming up, those South Australian voters capable of living elsewhere, given sufficient rehab and the attentions of caring medical practitioners, should bear this promotional effort in mind when they cast their votes. If they are not hung on a meat hook first, that is.

Email ThisBlogThis!Share to TwitterShare to FacebookShare to Pinterest
Labels: check out the soundtrack, It must be the water, South Australia