Tim Blair brings news of Kim Sattler, the Humpytown Crier and noted supporter of terrorists, who last came to prominence when her conversations with a prime ministerial staffer launched an Indigenous intifada against Tony Abbott. Readers will recall the big news arising from that event was that Julia Gillard lost her shoe; less commented was the fact that she surrounds herself with people who see a race a riot on Australia Day as a neat trick for impaling a political opponent. Sattler kept a low profile after that disgrace, but is now back in action and denouncing Abbott as a lifelong Zionist, which probably means the Opposition leader has more wild scenes ahead. As recent events in Sydney have demonstrated, Sons of the Prophet tend to a much greater volatility than welfare recipients living in shipping containers on the lawn of Parliament House.

But what of Sattler's phone buddy, Gillard staffer Tony Hodges? He last made headlines with news that his part in the Australia Day outrage had earned him the sack -- a career setback from which he progressed directly to London and a reported job at the European Bank for Reconstruction with former Labor hack Senator Bob McMullan. If you need to be swept under a rug it is nice to find a mentor beneath the pile with a pay cheque ready and waiting

Well things are going swimmingly for Hodges, it is good to report. There is lots of European touring, a comfy lifestyle and many happy snapshots of his travels to share with friends back home. 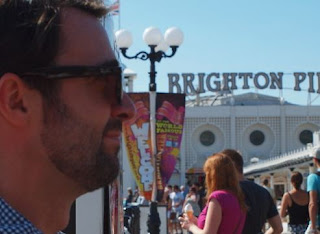 And Hodges' happy lot includes plenty of time for twittering as well, including to any number of reporters. Surprisingly, given that many questions about the Australian Day riot remain unanswered, their interest in the co-instigator of that February unpleasantness appears limited to cooking tips...

One day, being journalists and driven by a compulsion to reveal the truth, the Fourth Estate may get back to asking about that riot, what Hodges' current job may be costing the Australian taxpayer, who arranged it, and if he has any plans to whip some trouble with the Welsh by passing along the whisper that David Cameron has been heard engaging in hate speech against leeks.

But the minestrone has to cook first.

After some false starts and celebrated debacles - witness the Australia Day fiasco which included the Prime Minister losing a shoe - her office is gearing up for an election year.


Yes, it is that lost shoe which is the most important thing to remember about the melee. Not the lost adviser-cum-kitchen companion