ONE OF the nice things about being Michael Leunig must surely be that Age readers are of like mind, which is to say so narrow in their perspective that a simple meme brings absolute fulfillment. In the Duck Botherer's case it is the idea that Jews and Nazis are somehow comparable. Remember this little effort from a few years ago: 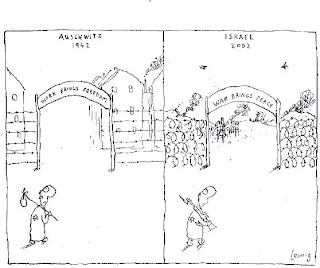 That manifestation of Leunig's insight was so offensive even then-editor Michael Gawenda refused to publish it, which is saying something, because there was almost nothing else he would not commit to print. Gawenda is long gone, but Leunig's Nazi fixation remains in effect, as may be seen in today's half measure of wit: 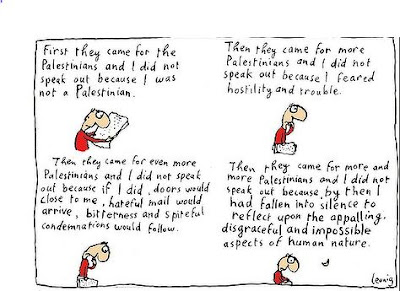 Regular visitors to the Billabong will need no explanation of the second cartoon's inspiration, but for the leftoids who stumble in from time to time (Numbers, where have you gone?), read this.