Out of bounds on the full 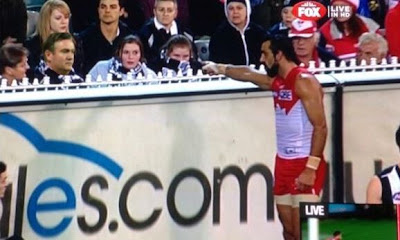 Eddie McGuire, who is a good deal older than 13 years of age, was amongst the first to denounce a child for  a barrackers' comment she didn't know might be construed as racist. Adam Goodes was pushed to the brink of a nervous breakdown by the remark and the even more shocking thought that someone does not share his subjective view of what constitutes racist language, with much sooking for the cameras.

Now, by his own standards, McGuire has uttered an offence far more foul.

Eddie must resign, submit to counselling, and then banish himself forever from the public stage.

Anything less would be hypocrisy.

It will be fun to watch all Eddie's mates, so keen to put the boot into a Moe teenager, finding excuses for not replicating that earlier outrage in regard to their pal.

UPDATE: McGuire has a sorry history of racism. He needs to be burned at the stake.


"...your 17-year-olds, who'll be sick of living up in the land of the falafel in western Sydney playing in front of a 12,000-seat stadium that's still not put up," McGuire said.

further proof, this time of his intolerance for Muslims:


McGuire has declared his next "crusade"

and he sees a light complexion as synonymous with intelligence:


any fair-minded person would say no.

asked to take part in a celebrity game, he refused, as the Telegraph noted:

This man needs to be dragged in front of Judge Mordy, who knows what to do with the monster who said this:


"I'd love to interview Adolf Hitler"

Most damning of all, sheets just like these have been observed in McGuire's linen closet. Indeed, he is even said to sleep between them: 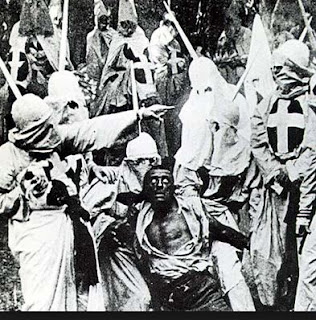 Thanks, Eddie, for spoiling the Indigenous Round, which was going so very well.