TO THE extent one wonders about the private lives of tape worms, the office politics within the fetid bowels of Fairfax Media newsrooms have been a subject of interest. To the casual reader -- this one, anyway -- it had long seemed the organisation was allowing its editorial direction to be set by  children while weary and resigned adults looked to their super funds and mortgages and kept mouths shut. Surely they realised the likes of Adam Morton, Ben Cubby, Melissa Fyfe and, before an even bigger idiot at News Ltd poached her, blonde economics writer Jessica Irvine, were advertisements for the decline of the Silly and Phage brands, not to mention their disdain for balanced reporting?

In the light of today's post-Slipper coverage of matters and memes political, that gulf between Fairfax kiddies and grown-ups has been charted for all to see. On the one hand, Mark Baker finally notices that Bruce Wilson was a crook, Julia Gillard did his legal work, and that she answered none of the most relevant questions at her much-lauded press conference, despite what his lickspittle colleagues instantly concluded. What a positive development, you might think, but only until only you notice that the online Age's cyber dude young 'uns are simultaneously pushing the line that Gillard's shrieking bitchery in Question Time was the strongest demonstration of feminine resolve since Judith lopped the head off Holofernes. 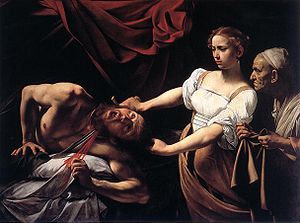 A chief source of this view, quoted with approval in the Age and cited in its online headline, is a site called Jezebel, where author Tracie Egan Morissey becomes quite animated in her admiration for Gillard.

And what sort of a site is Jezebel?

One day soon, when Fairfax has a new owner, he or she would be well advised to place a block on the sites younger staff members seem inclined to crawl. And then it would be a good idea to put an adult or two in charge, if only to stop the children playing stiny pinky.

UPDATE: Investors, other than those into geothermal, are a bit sharper than the pre-adolescents who giggle in Fairfax's romper room. As of not so long ago, FXJ had broken through the 40 cent barrier. 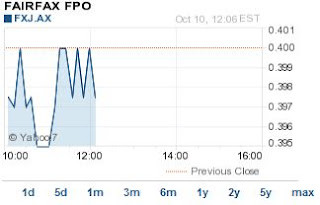 Can't be long now before Gina or Ron or Kerry or the Grim Reaper comes calling.

UPDATE II: Larry Pickering muses on why, after so very long, Fairfax, er, extracts the digit and notices our PM set up a slush-fund-piggy-bank for her crooked beau.

UPDATE III: Commenter Tom, who seems to know a thing or two about the newspaper business, writes:


If you've looked at what has happened since Mark Baker's piece was published this morning, there appears to be a civil war underway at The Age. Baker's piece has now been buried and the website has been dominated by a pop culture-type roundup of world media coverage of the Slipper issue ("Julia 'Baddass' Gillard"). In other words, it's a battle between the Old Guard journalists represented by Baker and the underage Occupy activists barracking for Gillard, the far left, the Greens and their government. It's a totally irrational frenzy and indicates just how distraught they are that "their" government will soon be gone. The Age and Fairfax will be gone with it, leaving hopefully a reconstituted company with professional staff to clean up the mess left by these hippie children. Blame it on the ludicrous "Charter of Editorial Independence" which has allowed the staff to behave like irresponsible delinquents.

And yes, Tom is correct. The Baker article has suddenly become very hard to find.