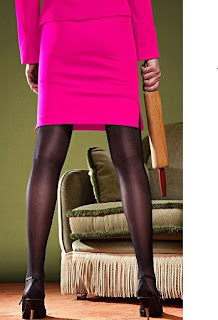 IT MAY BE that only marriage-scarred men of a certain age will appreciate this post and the settled science on which it is based, but the evidence is now clear, so the explanation for Julia Gillard’s recent behaviour really needs to be proclaimed, however distasteful some may find the truth.

We all saw the PM the other day in Parliament, a spitting, seething, snarling shrew, seemingly placid one minute but a spigot of vituperative venom the next. A brave and fearless voice for the oppressed, hissed the venerable Anne Summers on her boyfriend’s ABC-provided website, which is what you might expect Anne Summers to say and for more than the obvious reason that she is obliged to repay the Left Establishment’s kindness in promoting her name, career, book sales and lifestyle for so many decades (not to mention slipping her unemployed beau into a cushy gig). Summers knows. She has been there and shrieked that, perhaps even looked in the mirror and wondered where all that fury and madness were coming from.

Any heteronormative man in his fifties or beyond, especially those of the married or once-married variety, would have been inspired by bitter experience to smile at all that prattle. Was it principle and gender decency that motivated Gillard’s outburst? Don’t be silly! It was all hormonal – a hot, menopausal flash of unhinged invective -- and modern medicine has the proof, as well as a bonus explanation for Gillard’s compulsive inability to tell the truth. Science Daily explains it all:


Testosterone is considered THE male hormone, standing for aggression and posturing. Researchers working with Dr. Armin Falk, an economist from the University of Bonn, have now demonstrated that this sex hormone surprisingly also fosters social behavior. In play situations, subjects who had received testosterone clearly lied less frequently than individuals who had only received a placebo.

So we should sympathise with Gillard, cut her a little slack, not take her lies and fishwifery too seriously. When she led her government’s defence of an appalling, sexist, cab-rorting midnight rambler, it was the product not of principle or strategy but a consequence of hormonal imbalance, as was her confusion in mistaking Abbott’s opposition to her policies as a personal attack on her XX integrity.

So there is an explanation -- and hope as well. As menopause progresses, testosterone levels rise, meaning we can expect the PM to have a lot less trouble sticking to the facts in a year or two. All the country and its institutions have to do is survive in the meantime.
Posted by Bunyip at 11:24 AM

Email ThisBlogThis!Share to TwitterShare to FacebookShare to Pinterest
Labels: poor Tim has to live with this, that's not just a red light it is another sexist assault on a strong woman making her way in the world