No new owner, not even even Ron Walker, could do such a bad job of steering Melbourne's only alternative to the Herald Sun's daily diet of kittens and Collingwood. 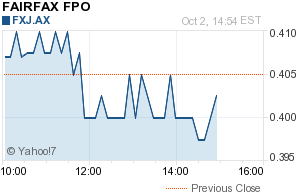 And another thing: Neither Walker nor Ms Rinehart would dream of paying themselves the $50,000 a week that CEO Greg Hywood has been pocketing while ushering staffers out the door.

WHOOPS:  There are doubts amongst commenters that Hywood collects $50,000 a week -- and it has to be admitted that those doubts are justified. From The Australian of August 19:

The company's remuneration report for last year shows that Mr Hywood picked up a base salary of $1,178,570, including a cash bonus of $290,000. However, the cash bonus Mr Hywood was in line to receive this year was worth considerably more because he was acting chief executive for part of 2011, being installed as the permanent chief in March last year.

Email ThisBlogThis!Share to TwitterShare to FacebookShare to Pinterest
Labels: a lot more aspiring journalism lecturers and professors will be looking for work, fairfax, how many more can maragaret simons possibly hire, legs in the air