Take Me To Your Leader (but not via a freeway)

THE PRECIOUS gift to the world that is Melbourne seems less so this morning as the working day begins with news of a developing traffic snarl that, as of 7.50 am, is bad and about to grow much worse. The problem -- and this will be very hard to credit unless you live in the Worrywart State -- is one of those garden variety computer glitches from which no area of modern life is immune. In this instance, deficiencies in the dot-squiggly stuff have darkened (some of) the warning signs in the Domain and Burnley tunnels.

Rather than position a pair of those mobile illuminated signs at the entrance to each underground artery, signs that might have advised motorists not to change lanes or travel faster than, say, 40 kph, officialdom has shut both. This means traffic feeding into the system is stalling and gridlock the order of the day from Laverton to Coburg to Frankston. In years gone by, motorists might have coped by switching to the broad avenues and arterial roads our city's founders believed a metropolis-to-be would need. Alas, three-lane thoroughfares have been shrunk to single lanes by champions of bicycles (and the intense anal pleasure some draw from their narrow little seats), so these roads no long provide any traffic-easing alternatives.

As for detouring via secondary streets, no luck there. The same smartypants urban planners who thought it a good idea to feed St Kilda Road's conduit straight into the dead end they have made of the CBD's Swanston Street, which has been closed to cars, also dropped roundabouts at those intersections which they have not blocked altogether. For good measure and because they can, they have dropped speed bumps on all the straight bits.

One doesn't like to be a grumble bunny, but wouldn't it be nice if, in this moment of citywide vexation, Victoria had an actual leader? You know the sort, a premier prepared to step in and take charge in the public good. Couldn't Ted Baillieu have countermanded the bureaucrats, ordered the tunnels to remain open and turned out the police to conduct traffic and make sure drivers behave themselves? According to reports on the radio, the tunnel signage went out in the wee hours, meaning the Premier's slumber was almost certainly disturbed by a functionary's call advising him of such. He rolled over and went back to sleep, apparently.

Remember, there is no actual hazard in either tunnel, just the temporary inability to warn of one should it arise. Indeed, according to a phone-in caller just put to air on 3AW, only some of the tunnel's electronic signs are down; the rest are working.

Like the head of a pimple, the pain being inflicted today on citizens attempting to go about their business is the ugly tip of an infection that goes much, much deeper.

If, for example, some unfortunate decides to top himself by leaping from an overhead pedestrian walkway, expect the freeway on which he splatters to be shut for hours, possibly the entire day, as investigators draw silhouettes on the bitumen, record the distance fallen and fill their clipboards with notations. How long does it take to move a corpse? In Victoria, where observing official protocols is considered the essence of civilised life, you will be made to wait until officials are damn well good and ready in order to find out.

UPDATE: Roads Minister Terry Mulder has taken to the airwaves to explain that, in addition to the tunnel signage, the computer has also shut down the fans that expel exhaust fumes. Couldn't a sparky have hot-wired the fans until the computer is fixed? There was plenty of advance warning but nothing was done, no initiative displayed.

UPDATE II: Melbourne's traffic czars cannot reboot a computer or hot wire some fans, but are they very good at covering up the consequences of their incompetence. Until a minute or two ago, a live webcam feed of conditions on the Monash Freeway at Toorak Road was available here.

This is what visitors now find: 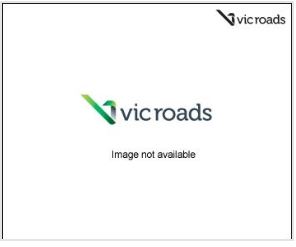 UPDATE III: If One Term Ted is awake by this point in the morning, it might have dawned on him that this traffic disaster is causing considerable economic loss. No, not the lost productivity, late arrivals at work and late deliveries, but the cessation of tunnel traffic fines. In a state with a fine-led economy this is serious.

Email ThisBlogThis!Share to TwitterShare to FacebookShare to Pinterest
Labels: as Baillieu slept, how hard is it to plug in a fan, melbourne traffic, tunnel vision